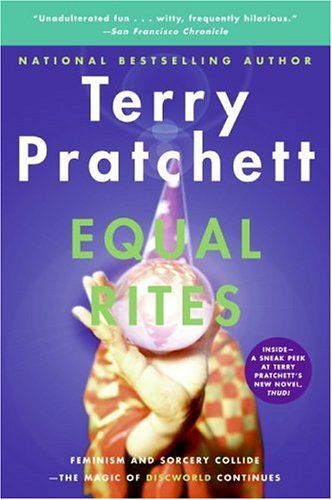 I really like this book because it pokes at the idea that because things have always been a certain way, they have to STAY a certain way. Plus I like Granny. And Esk. However, the ending falls apart because, I think, it tries to say something about MAGIC when beforehand it was all about men/women (and magic). I think. It’s kind of muddled, overall. 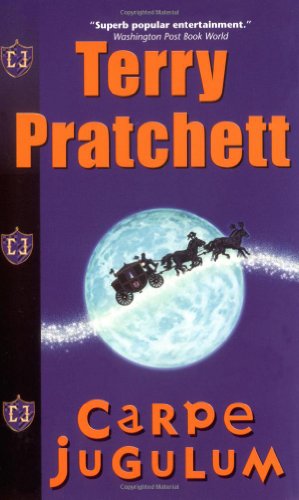 Vampires being silly (while ALSO being scary) makes for an awesome book, and this one’s got FOUR witches in it who are all lovely and scary/silly/awesome themselves. I particularly like Agnes, although I DON’T like that whole “inside every fat woman is a thin woman and chocolate” thing everyone kept harping on. And that whole thing with Agnes worrying about her weight and boys and what-have-you felt very chick lit-y to me, in a bad way. Still, it’s an enjoyable book, especially the ending sequence. 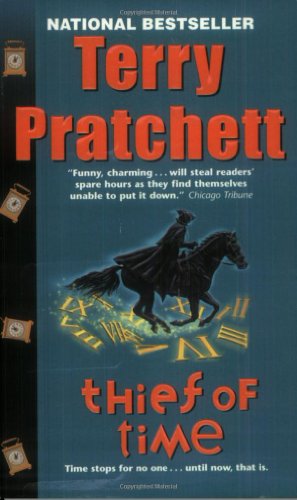 Susan! Susan’s probably my favorite Discworld character, y’all, aside from Death. Luckily they’re both in this one, along with some stereotypical Asian monks who come from a place which is basically Japan/China/India/Tibet combined. That last bit I could have done without; it felt cheap, for some reason. But the monks themselves are great characters, and I enjoy stories where humans (and Death) annoy the Auditors, so I liked reading this book (again).

MINI-REVIEWS: The Warded Man, iDrakula, A Lady’s Life in the Rocky Mountains