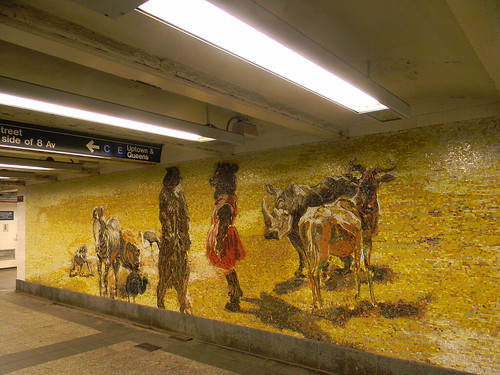 Hello, happy Sunday! I hope your weekend is treating you well. I get Monday off from work as well, which means I’ll hopefully have time to get lots of posts written/scheduled and lots of books read before I go back. Are you doing anything fun for Memorial Day?

It’s now one week ’til June and I can’t believe how fast the year’s gone so far. I remember making blogging goals back in January, but I haven’t made all that much effort towards actually doing them.

Reading
1. catch up on the Vorkosigan saga (and then maybe reread them all again).
Status: Have not read any Vorkosigan books this year, but I am literally thisclose to rereading the series from the beginning. I’ve got the books on my Kindle and everything!
2. catch up on the Dresden Files series, which means rereading at least five? books.
Status: I now have the first seven books in the series! Which should make catching up just a little bit easier. I will probably start on the rereading portion sometime in the summer.
3. read at least one new release a month. New as in published in 2014 (or late 2013 I guess).
Status: Success! Though it’s totally by accident.
4. read at least 50 TBR books as part of my TBR project.
Status: 31/50 TBR books read. So far so good!

Blogging
1. not chicken out on my super secret blogging project thing.
Status: Life as a chicken fully confirmed.
2. keep up with my reviews.
Status: Kinda? I have yet to post any reviews for May, but I’m almost there. I’m also not forcing myself to write reviews for books on which I have no strong feelings, which helps.
3. do more secret stuff, but IRL this time.
Status: Winner winner chicken dinner.
4. host at least two reading challenges/readalongs/etc.
Status: One readalong hosted (The Black Moth)! I will probably end up doing the second one in the fall, maybe.
5. leave at least one comment a day on someone else’s blog; keep up with the comments on my blog.
Status: Nothing doing on the first, if only because I don’t have the time to blog surf like I once did. I don’t even have time to comment on friends’ blogs, which sucks! I am kinda keeping up with the comments on my own blog, though, which is good.

On the whole, I’m doing pretty well! I just need more time to do stuff.

How are your blogging goals going so far?

Yay, lots of books read this week. AND I dipped my toe into the world of picture books! Huzzah!

Started with 322 books on the pile (not counting audiobooks)
+9 added (Being Henry David, The Falling Woman, City of Dreams & Nightmares, Debris, Stolen Songbird, The Jaguar Princess, Fly By Night, Cuckoo Song, A Face Like Glass (bought))
-2 read (Grave Sight, The Girls at the Kingfisher Club)
-1 removed (Maze; turns out I’d already read it!)
328 TOTAL BOOKS TO BE READ

Look, as long as Kobo keeps giving me 90% off coupons, I’m gonna keep using them! So there.

To do this week: make sure my TBR shelf is actually up to date and accurate. I have a feeling it’s, uh, not.

SEXUAL AGENCY AND ZOMBIE BUTTS: WHY BOB’S BURGERS‘ TINA BELCHER MATTERS @ The Mary Sue. Tina is my favorite character on Bob’s Burgers (though they’re all pretty great!) and this is exactly why.

Goodreads has a new Q&A feature with lots of great authors. Check it out~!

I am still a tiny bit ashamed about how large my TBR pile is, but after reading this article at BookRiot I’m not worrying that much about it.

I say: let’s put an end to TBR shame.** Not just the shaming of people who own a lot of books they haven’t read yet, but the guilt from the people doing the owning. If having a TBR stresses you out or your physical TBR is so large that it’s reduced the functionality of your living space or you’re spending money you don’t have on an increasingly large pile of books you won’t read, by all means, re-evaluate your choices and ditch the pile. But if none of those things apply to you, don’t let anyone make you feel guilty about your reading life.

Courtney at Once Upon a Bookshelf talks about how she decides to add books to her TBR pile. My criteria tends to be simply “would I like to read it?” and “is it under $3?” and/or “do I have a coupon that’ll make it under $3?”; this is why my ebook collection is so huge.

The more I read articles about this book, the more I want to read it! Rise of the Shelfie @ The Chronicle of Higher Education talks less about pictures of people’s shelves (aka the shelfie) and more about The Shelf: From LEQ to LES: Adventures in Extreme Reading by Phyllis Rose.

The first episode of Girl Meets World is available free online! I have yet to watch it because I’m a little scared it will suck. Somebody tell me if it’s good, please?

Clare of The Literary Omnivore wrote a really great post about superhero fandom and shame:

Instead, they’re doing just that to try and prove that comic books aren’t for kids. What DC Comics appears to want is confirmation of that from the masses, a cultural reassurance that they aren’t nerds, virgins, or losers for liking superheroes, because they’ve “fixed” the supposedly defective parts of the superheroes. It’s now cool to like superheroes—as long as you didn’t actually like the campiness, silliness, earnestness, and heart that created the audience studios are trying to cash in in the first place.

Are you going to BEA? Shae of Shae Has Left the Room has a round-up of awesome diverse books to pick up while you’re there!